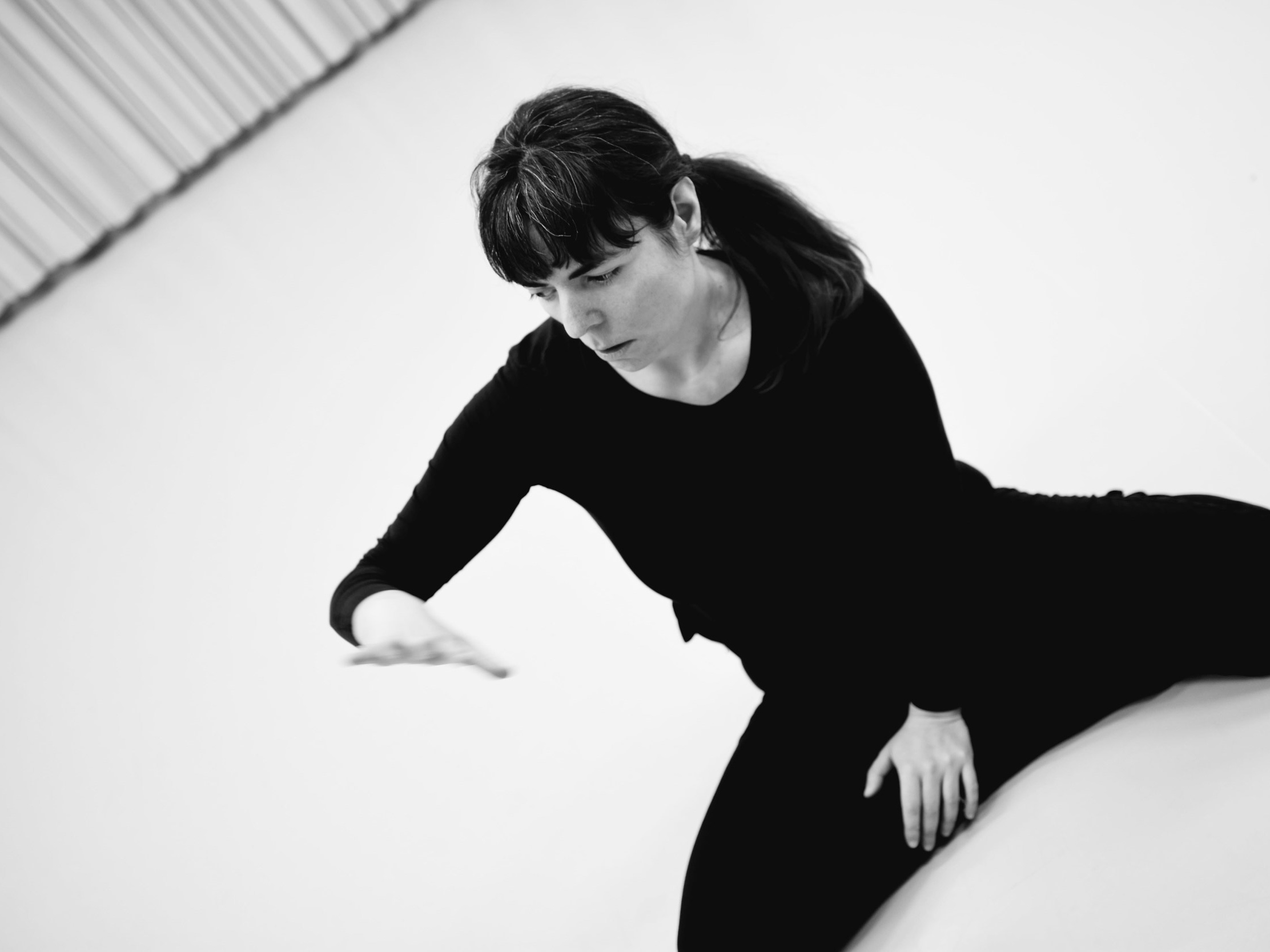 Eleonora Siarava is a choreographer, performer and artistic director of Per_Dance Platform of Choreographic Research. She has been awarded the Stavros Niarchos Foundation (SNF) Artist Fellowship by ARTWORKS in 2022.

She worked as a performing artist for the project of Marina Abramović ‘A different way of hearing’ presented at Alte Oper of Frankfurt (2019) and she was a resident choreographer at SE.S.TA Centre for Choreographing Development for Interdisciplinary Incubator 2019 (Prague) and at Perform[d]ance Institut with the support of START, Robert Bosch Stiftung, Goethe Institut Thessaloniki (Βerlin-Stralsund-Stuttgart, 2015). In this framework she presented the piece Co-topia at the 13th century St. Nikolai Church (2015).

She is a PhD candidate at Aristotle University of Thessaloniki-Department of Theatre researching “The multiple meaning in Abstract Dance: The choreographic synthesis and the possibilities provided by perception theories” and made part of her doctoral research at the Institut for Applied Theatre Studies in Giessen University – MA in Choreography under the direction of Bojana Kunst and the Academy for Music and Performing Arts of Frankfurt (2016-2018, Erasmus+ Program & guest researcher).

She has offered classes at the Higher Professional Dance School of Thessaloniki, Das Plateau-Frankfurt, Tanznetz | Freiburg – Professional Training / E-WERK, National Centre for Youth of Greece, as a guest lecturer at the Theatre Studies Department of the University of Peloponnese, Centre for Dance Research / Coventry University, Plymouth University et.al.

She has participated at the international Festival Ruhrtriennale in {Hello World} project of ArtEZ University of the Arts Arnhem (Bochum, Germany 2017) and attended the ‘Resources Lab of Motion Bank’ (Academy for Music and Performing Arts, Frankfurt, 2017). Motion bank is an on-line platform about Documentation and On-line Digital Scores of Dance initiated by choreographer William Forsythe.

She was a member of ColLaboratoire / CogNovo project for the interdisciplinary study of dance improvisation / kinesthetic empathy / instant composition (Plymouth University, 2016).

Her site & time specific choreographic installation Step-in was awarded by Megaron Concert Hall of Thessaloniki and presented in the framework of Enclosures | Pass-throughs Project.

For her work The Body and the Other~ (2020) she was awarded with the artistic mobility grant i-Portunus / Creative Europe Programme (2019), supported from the program “Transfer International” of KULTURsekretariat – Nordrhein-Westfalen of Germany, Ministry of Culture and Science of the State of NRW and Tanzhaus NRW and collaborated with the Mixed Reality and Visualization Institut (MIREVI, Düsseldorf) for the use of digital technology. The piece premiered at Temps d’ Images Festival, Tanzhaus NRW, Düsseldorf  after a 2 months residency in the context of the festival.

Since 2020 her work is continually supported by the Ministry of Culture of Greece. During that time she created the pieces Who knows where the time goes – potential destination #1 and BLUE BEYOND (National Theatre of Northern Greece) and developed the choreographic research ‘UnderScore, Choreographic Objects and more’.

We use cookies on our website to give you the most relevant experience by remembering your preferences and repeat visits. By clicking “OK”, you consent to the use of ALL the cookies.
COOKIE SETTINGSOK
Manage consent