Co-topia on screen
The video was filmed in the 13th century’s St.-Nikolai Kirche (Stralsund, Germany 2015). The idea was to transform a church into a performative space and create a ritual which demystifies performing bodies. Based on typical features of gothic architecture such as verticality, high linear structures, play with perspective, expansive interior light, the concept was to experiment and allow new performative possibilities to emerge. The choreography is composed of minimalistic repetitive patterns that build a rhythm and invite movement to unfold as a perceptual resonance, a movement that enters and amplifies the empty spaces while spectators interact with the moving image and move themselves in different parts of the space. 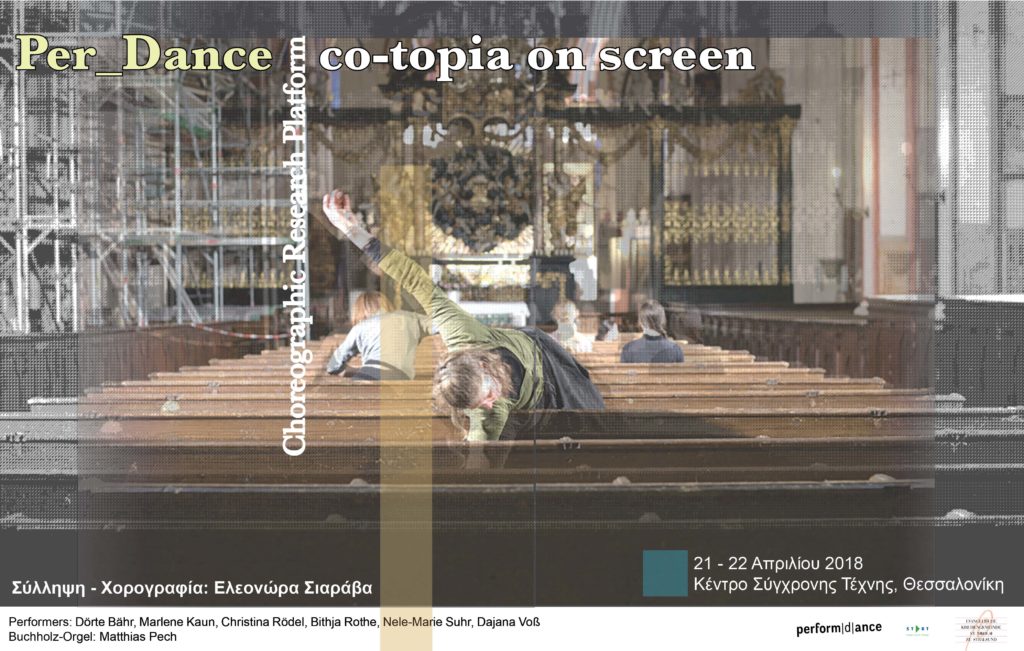