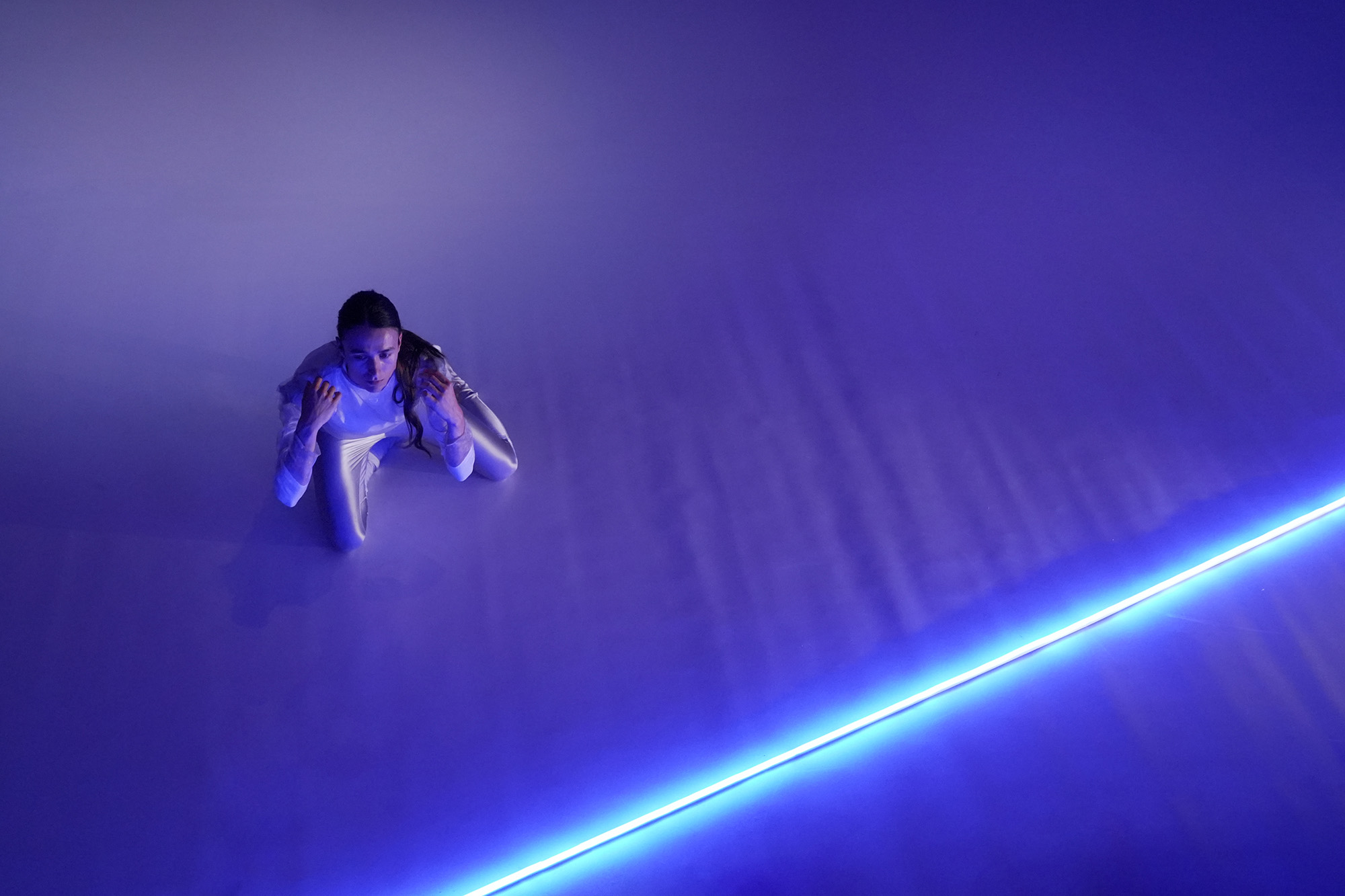 Blue Beyond is a dance performance about time which as an experiential perception, a natural phenomenon, a corporeal event runs through a continuum. It constructs an imaginary condition where future penetrates present and present emerges into future creating overlapping temporalities.

Drawing from the chi-fi book of the beginning of the 20th century “Last and First Men: A Story of the Near and Far Future” by Olaf Stapledon, 1930, explores corporealities, cartographies and images of the Future and questions how the idea, the vision or the fantasy of the Future is depicted, reflected, embodied.

Through an interplay with mythologies, realities, dramaturgies, fictions, topologies, imaginary spaces of the future, memories of the live present and embodied traces of the past, the idea is to turn the stage into an active hybrid space with movements, objects, sounds, words and create a live moving capsule of imprints and visions forming a Memoir for¦of the Future, a cyclic schema to represent time.

The piece uses montage techniques in order to reveal different variations of non-linear performance unfolding and explore how body and movement are affected when transferred in a different temporal condition or spatial context. To enhance this, there is an interactive sound design with live amplification processes and recording within recording techniques.

The piece questions how the body can map the future, with what materials and movement landscapes. With what visions and mythologies do we invest it, what archives it carries? In reverse, the performance, as a living space with memories, predictions, scenarios seeks to detect atmospheres and impressions of tomorrow floating in the sea of now, tune in to resonances, movements, waves of what is not yet here, has not arrived but it is already inscribed within us and within the dance to be made. What if the present through the moving body already encapsulates echoes of Future in the dance waiting ‘to come into being’.

Blue Beyond follows a series of Siarava’s artworks about Time. The Body and the Other ~ (2020) premiered in one of the most important dance production houses in Europe, Tanzhaus NRW at Düsseldorf in the framework of Temps D ‘Images Festival while Who knows where the time goes – potential destination #1 (2021) was presented in Athens supported by the Ministry of Culture of Greece by a residency at SE.S.TA Centre for Choreographing Development for Interdisciplinary Incubator 2019 (Prague). 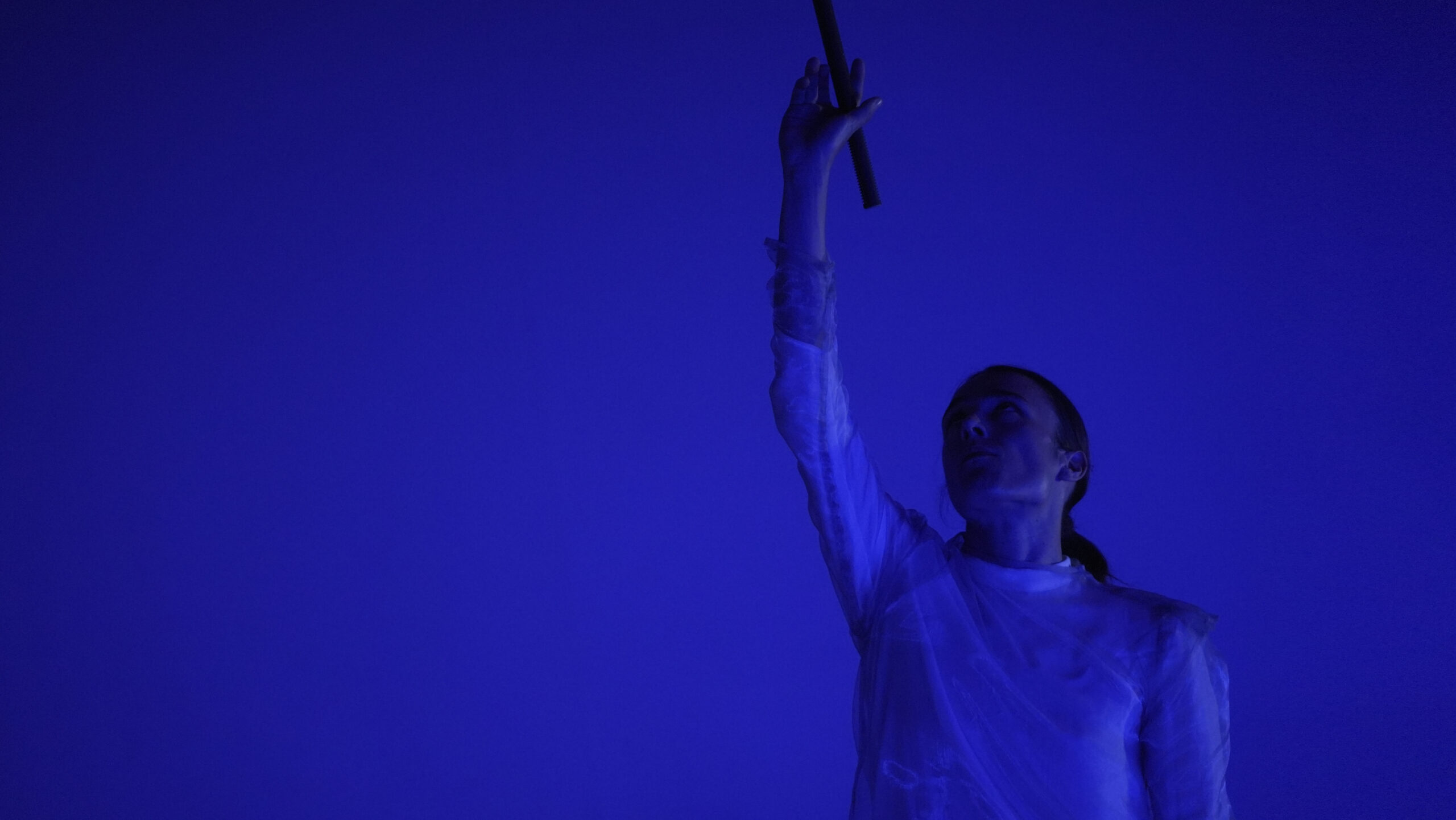 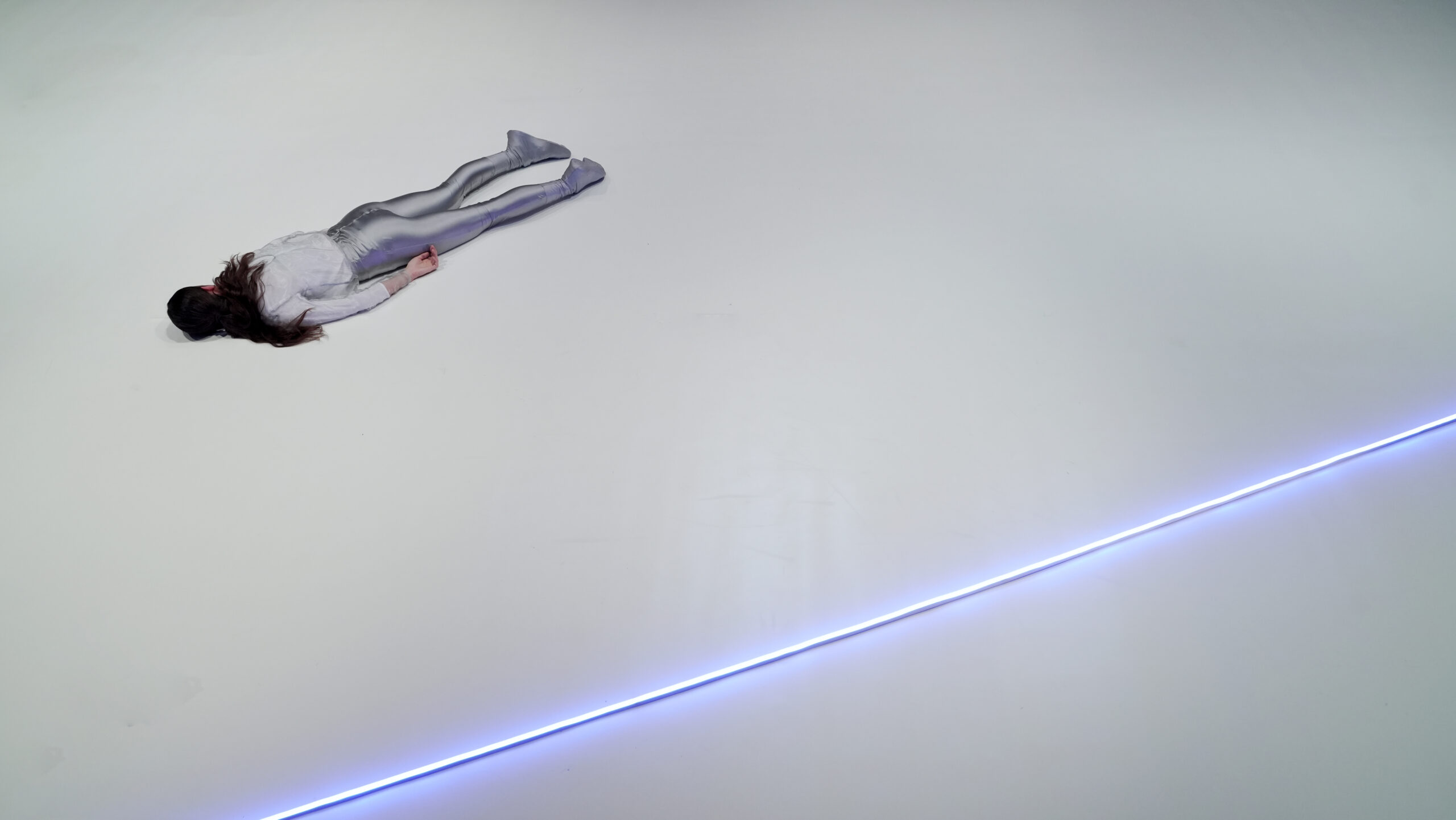 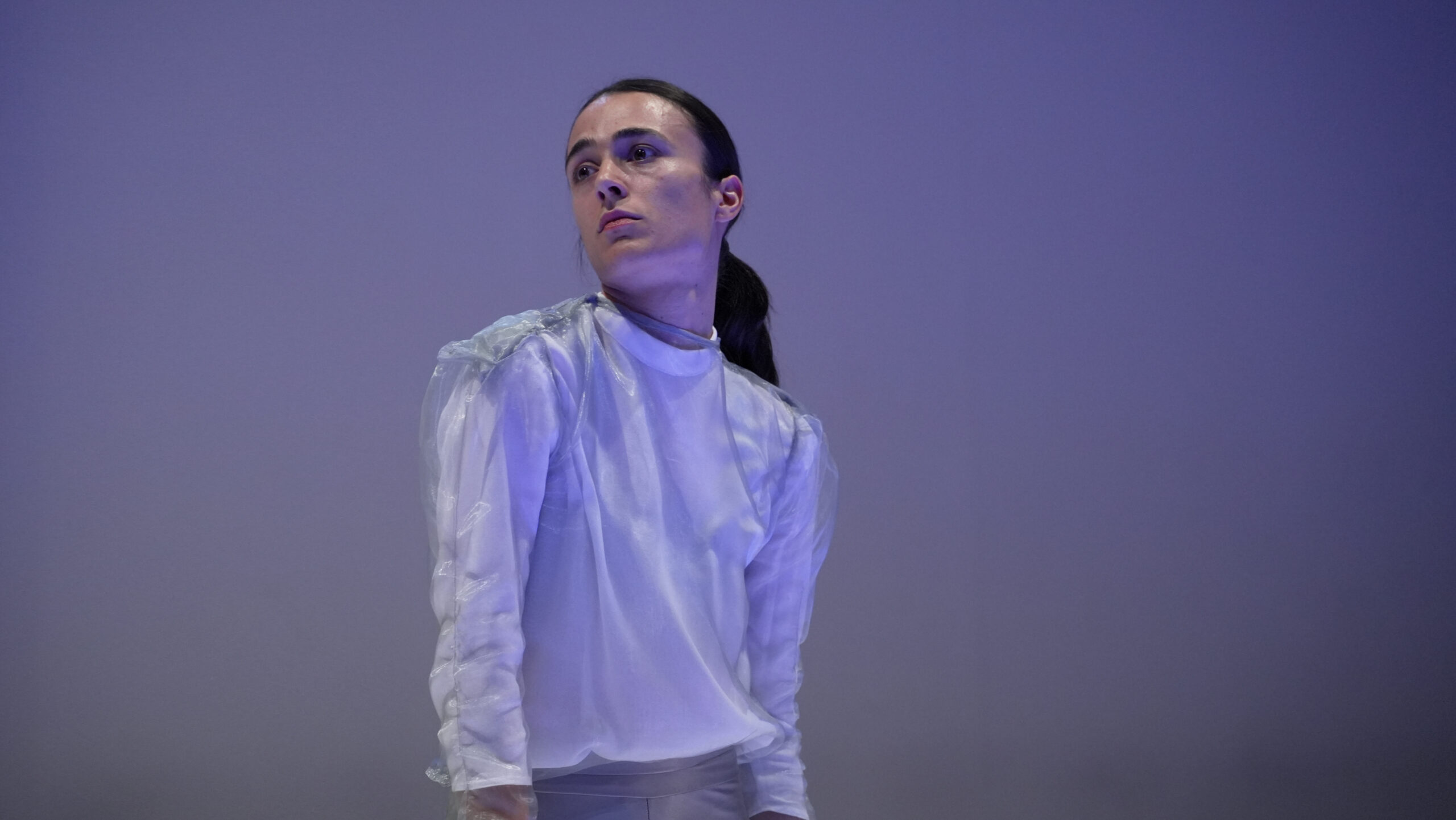 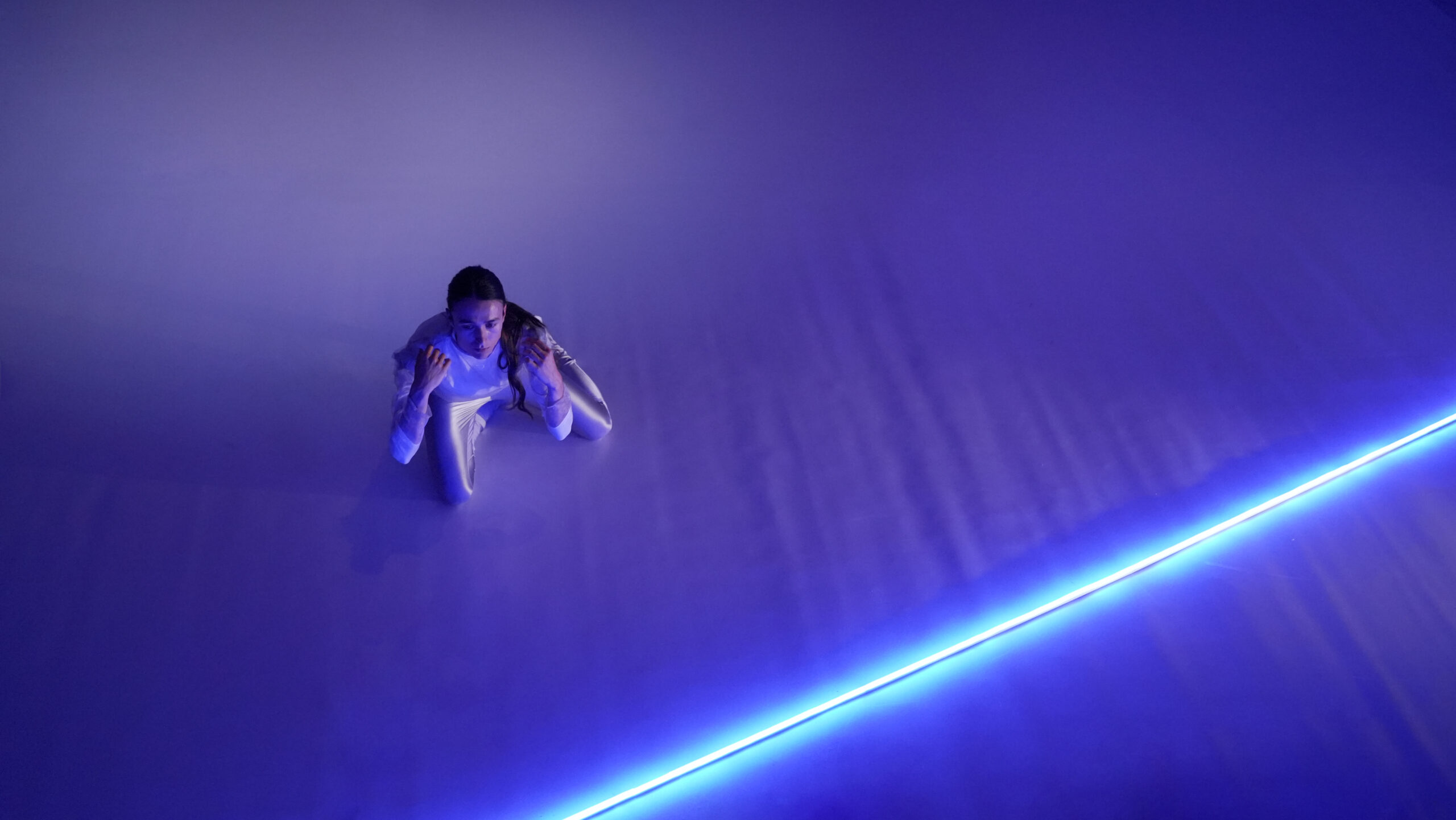 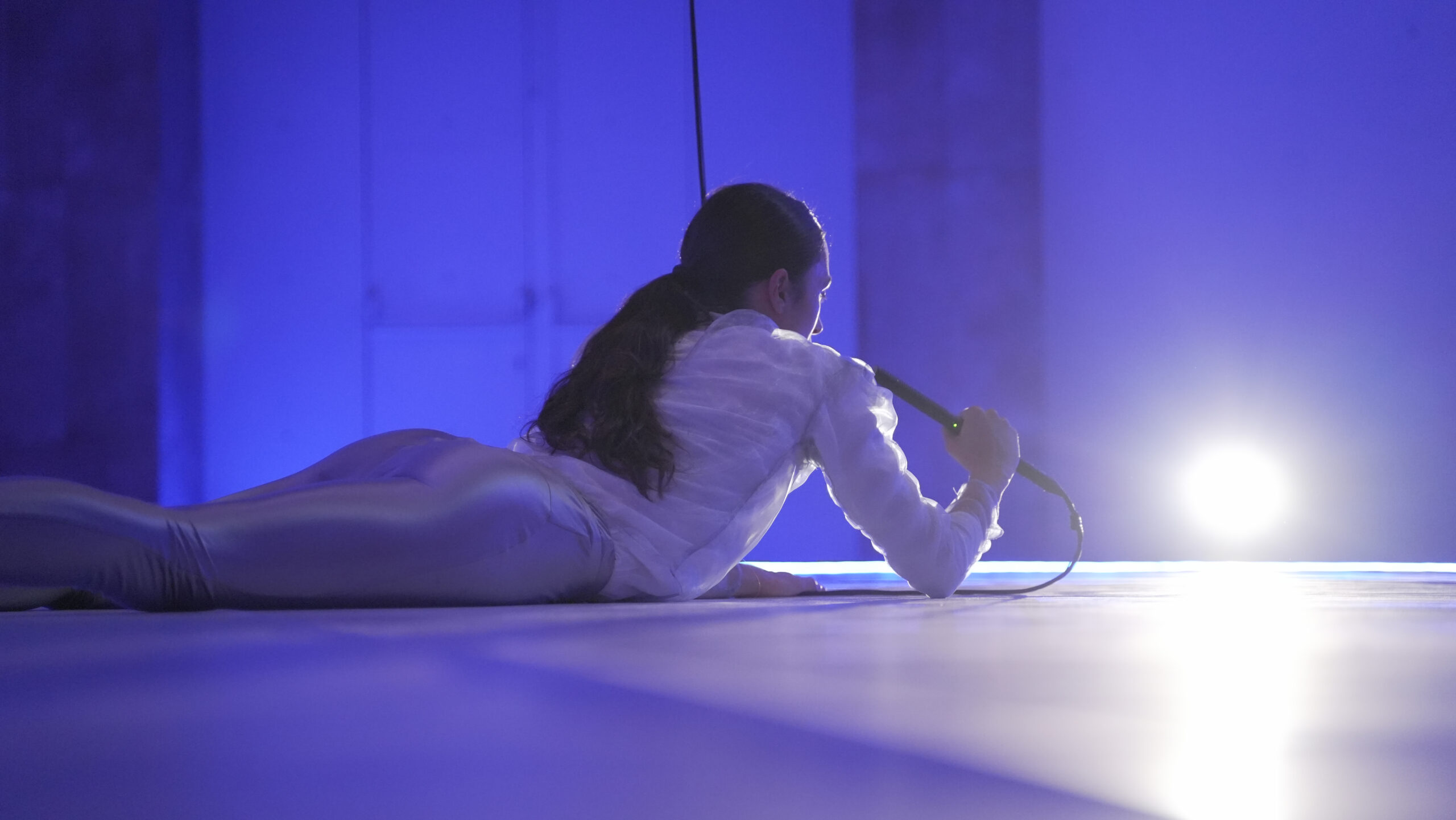 PREVIOUS PROJECTWho knows where the time goes — potential destination # 1
NEXT PROJECTUnderScore, Choreographic objects and more
We use cookies on our website to give you the most relevant experience by remembering your preferences and repeat visits. By clicking “OK”, you consent to the use of ALL the cookies.
COOKIE SETTINGSOK
Manage consent