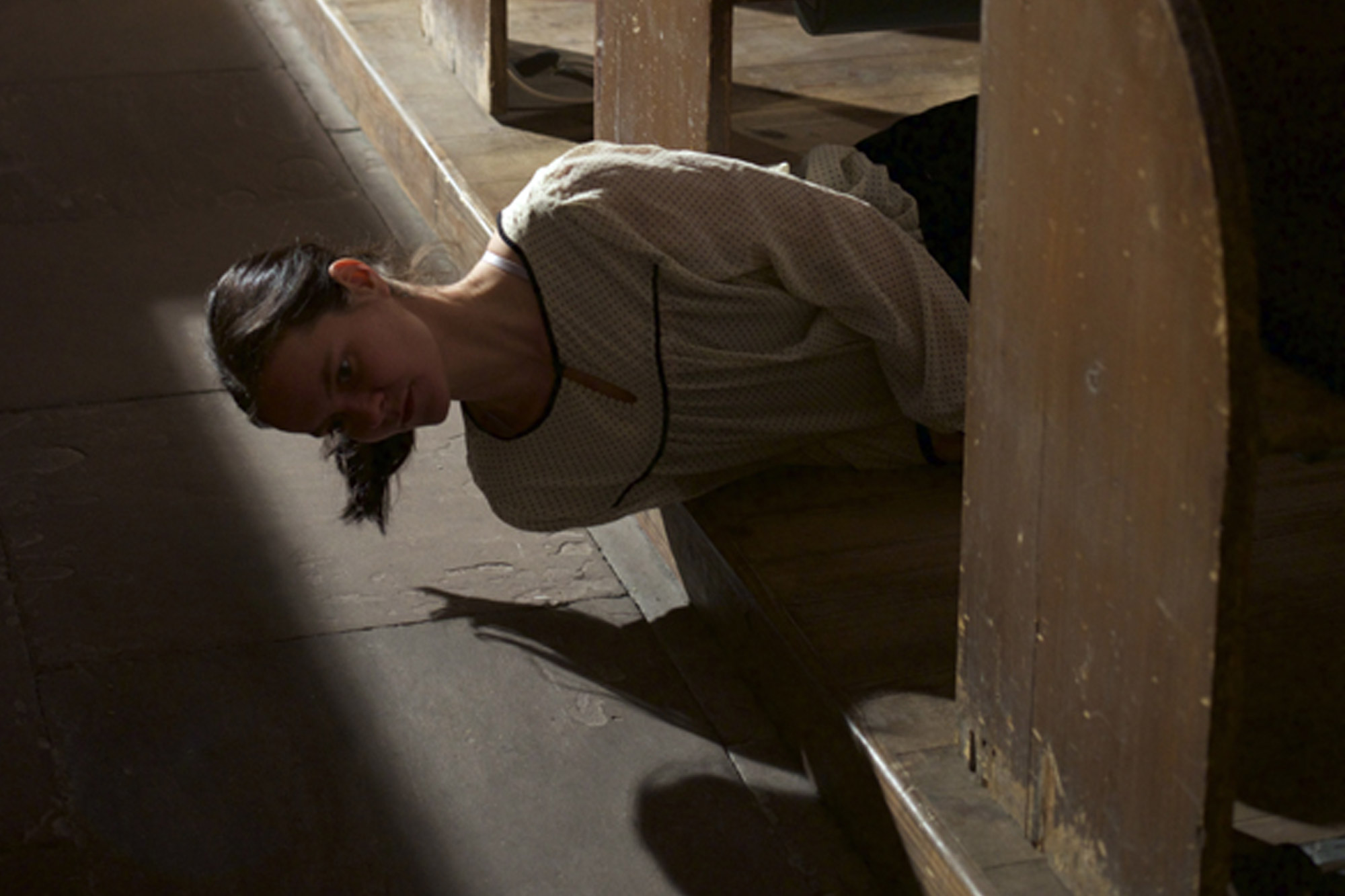 A site specific performance that takes place in the 13th century’s St. Nikolai Church. Dealing with the concept of reformation the piece invites the audience to approach a space with a very specific function and identity with a new gaze. By experimenting with creative movement canons the aim is to multiply the performing body and add to the notion of ritual a new substance. At the same time, typical features of gothic architecture such as verticality, high linear structures, play with perspective, expansive interior light allow new performative possibilities to emerge. Movement that fills spaces and creates empty spaces to be filled. Minimalistic repetitive patterns building a rhythm and unfolding perceptual echoes. Set roles are challenged as the audience is asked to interact and follow a performance moving itself at three different parts of the church which under the sounds of an organ live concert is being transformed into a non-conventional scene.

Premiered at St. Nikolai Church, Stralsund (Germany, 2015) after a residency at Perform[d]ance Centre.

With the support of stART Fellowship, a program of Robert Bosch Stiftung, Goethe-Institut Thessaloniki and the German Association of Sociocultural Centers. 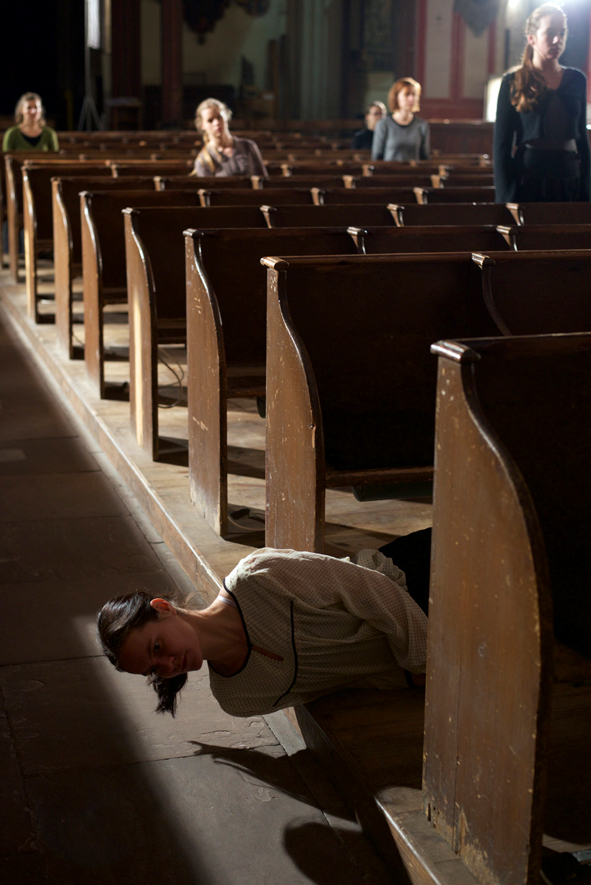 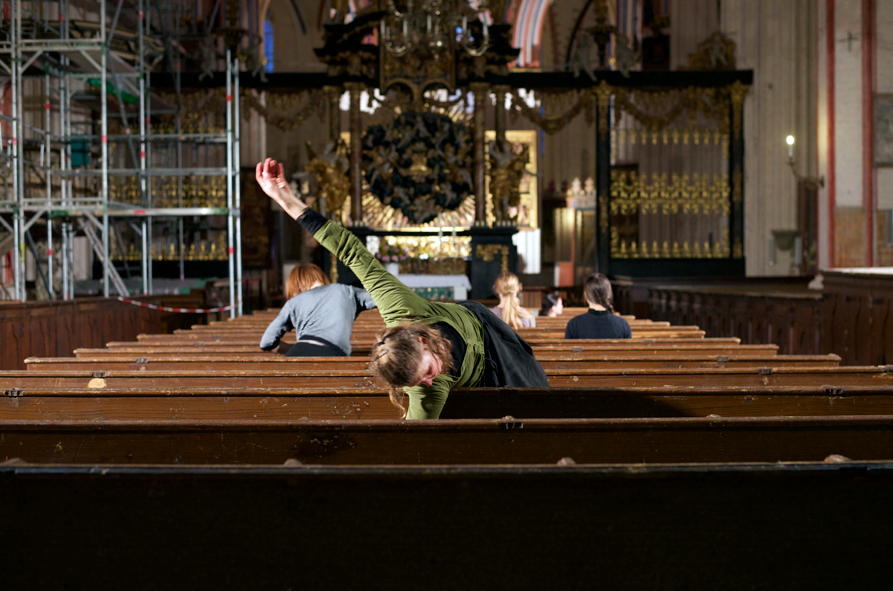 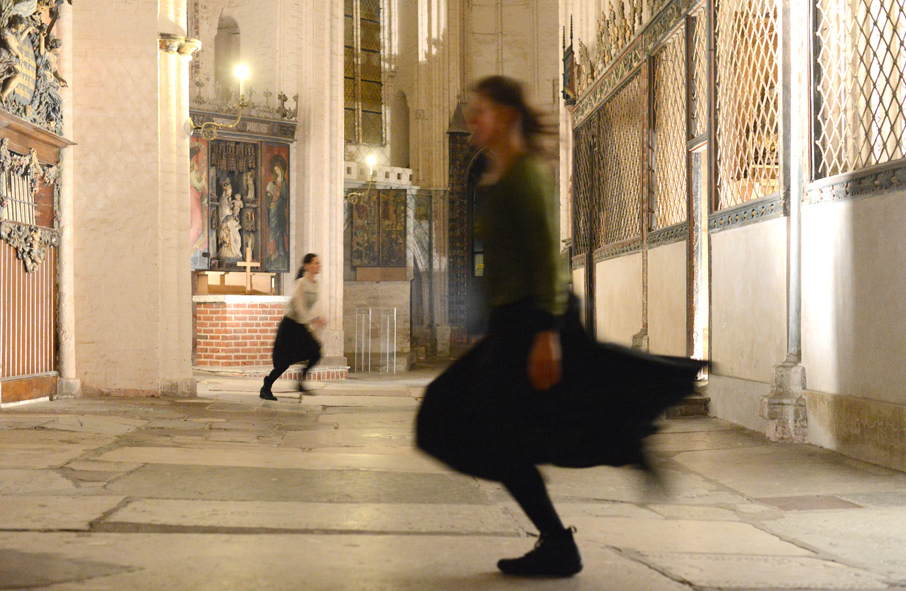 PREVIOUS PROJECTCo-Topia on screen
NEXT PROJECTUntitled
We use cookies on our website to give you the most relevant experience by remembering your preferences and repeat visits. By clicking “OK”, you consent to the use of ALL the cookies.
COOKIE SETTINGSOK
Manage consent